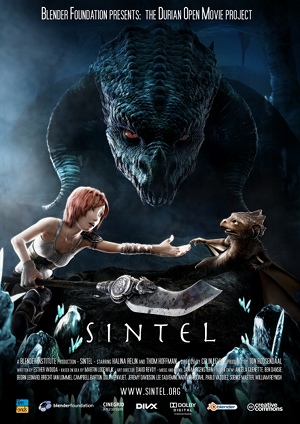 Ton Roosendaal is head of the Blender Institute, leader of Blender development, and producer of the recently released 3d short film Sintel, which is released as Creative Commons Attribution 3.0.

Oh… many things. First, I love to work with artists, which goes much easier than working with developers! And making short animation films with teams is an amazing and very rewarding activity. With this large creative community of Blender artists, the financial model enables it even; not many short film makers have this opportunity.

But the practical incentive to do this is because it’s a great development model for Blender. Putting artists together on a major challenge is the ultimate way to drive software like Blender forward. That way we can also ensure it fits ambitious targets weeding out the ‘would be cool features’ for the ‘must need’ ones. And it’s quite easier to design usability with small diverse teams, than have it done online via feedback mechanisms, which easily becomes confusing with the noise of hundreds of different opinions.

I don’t consider myself much related to “free culture” really, and certainly not in the political sense. For Blender projects it’s just a natural way to deliver it in open license like with [the licenses provided by] CC. We want our users to learn from them, to dissect our tricks and technology, or use them for other works. And not least: to allow everyone who works on a project to freely take it with them; as a portfolio, or companies who sponsor us who need demos or research material. So in that sense we are free culture!

But each time I meet people who work in this field, it’s mostly theorists, not practicists. so I’m a bit biased […] people who talk about free culture don’t seem to make it (at least here in the Netherlands, at conferences or meetings). I get regular invitations to talk on this topic. I do it sometimes, but the blah-blah level disturbs me a bit. Free culture is about doing it.

For Blender, I think we have a great mix, with a lot of cross-overs. Several of our coders started as users, and we involve artists closely in design for tools or features.

This doesn’t always go perfectly, especially when it’s highly technical, like simulation code. But if you visit our IRC channel, or mailing list, or conferences… it’s always a great mix. Maybe this is because 3d art creation is quite technical too? I dunno… not many users will understand how to construct bsp trees, yet they use it all the time.

In general compared to other open source projects, I think we’re quite un-technical and accessible. A big reason for that is because I’m not even a trained programmer. I did art and industrial design. When coders go too deep in abstract constructions I can’t follow it either and can simply counter it with an “Okay, but what’s the benefit for using this?” And when the answer is “It makes coders’ lives easier” I usually ignore it. In my simple world, coders suffer and artists benefit! But one coder can also do some stuff — taking a few hours — that saves hundreds of thousands of people a few seconds in a day. And that’s always good.

What’s the development of a film like Sintel like as in terms of internal development vs community involvement in production? Has that dynamic changed at all from work to work? I partly ask this because some people think “Oh, open movie, they must have their SVN repository open the whole time and just get random contributions from everywhere,” but Blender Institute films don’t tend to work that way.

Right, we keep most of our content closed until release. I’m a firm believer in establishing protective creative processes. In contrast to developers — who can function well individually online — an artist really needs daily and in-person feedback and stimulation.

We’ve done this now four times (three films and one game) and it’s amazing how teams grow in due time. But during this process they’re very vulnerable too. If you followed the blog you may have seen that we had quite harsh criticism on posting our progress work. If you’re in the middle of a process, you see the improvements. Online you only see the failures.

The cool thing is that a lot of tests and progress can be followed now perfectly and it suddenly makes more sense I think. Another complex factor for opening up a creative process is that people are also quite inexperienced when they join a project. You want to give them a learning curve and not hear all the time from our audience that it sucks. Not that it was that bad! But one bad criticism can ruin a day.

One last thing on the “open svn” point: in theory it could work, if we would open up everything 100% from scratch. That then will give an audience a better picture of progress and growth. We did that for our game project and it was suited quite well for it. For film… most of our audience wants to get surprised more, not know the script, the dialogs, the twists. Film is more ‘art’ than games, in that respect. 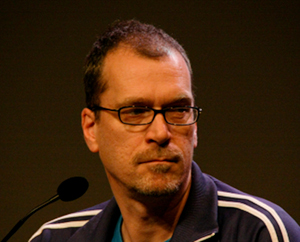 You also did the sprints this time, which pulled in some more community involvement than in previous projects. Do you think that model went well? Would you do it again?

The modeling sprint was great! We needed a lot of props, and for that an online project works perfectly. The animation sprint (for animated characters) was less of a success. Character animation doesn’t lend itself well for it, I think. There’s no history for it… ehh. Like, for design and modeling, we have a vocabulary. Most people understand when you explain visual design, style, proportions. But for animation… only a few (trained) animators know how to discuss this. It’s more specialist too.

How has the choice of the Creative Commons Attribution license affected your works?

How would it affect our works? Do you mean, why not choose ND (no-derivatives) or NC (noncommercial)? Both restrictions won’t suit well for our work. And without attribution it’s not a CC license.

I did get some complaints why not choose a FSF compatible license, but the Free Software Foundation has no license for content like ours either.

What kinds of things have you seen / do you expect to see post-release of a project such as Sintel?

A lot of things happened with previous films, Elephants Dream and Big Buck Bunny, ranging from codec research in companies, showcases on tradeshows, to student composers using it to graduate. Even wallpaper!

We are working now on a 4k resolution of the film (4096 x 2160). The 4k market is small, but very active and visible in many places. They’re dying for good content. I’m also very interested in doing a stereoscopic ‘3d’ version. As for people making alternative endings or shots; that hasn’t happened a lot, to my knowledge. Our quality standard is too high as well, so it’s not a simple job.

But further, the very cool thing of open content is that you’re done when you’re done! A commercial product’s work stress only starts when the product is done. That’s what I learned with our first film. Just let it go, and move on to next.

And at least one “free culture” aspect then: it’s quite amazing how our films have become some kind of cultural heritage already. People have grown fond of them, or at least to the memory of them. It’s part of our culture in a way, and without a free license that would have been a really tough job.

Might there be a Sintel game (Project Jackfruit?) using the Blender Game Engine like there was a game following Big Buck Bunny (Yo Frankie)?

Not here in the Blender Institute. But there’s already a quite promising online project for it.

You can watch Sintel online and support the project (and get all the data files used to produce the film, tutorials, and many other goodies) by purchasing a DVD set. You may also wish to consider supporting Creative Commons in our current superhero campaign.