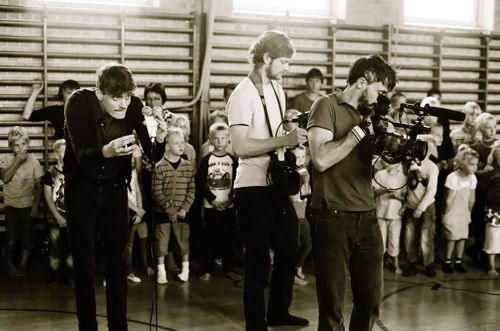 When Vincent Moon and Efterklang completed “An Island” earlier this year, they launched public-private screenings of the film, encouraging the public to host free screenings under the CC BY-NC-SA license. Over the next two months, 1,200 screenings took place at various locations around the world; this Google map and Flickr stream demonstrate the reach and scope of the film.

To follow the success of their initial distribution, Vincent Moon and Efterklang have announced a limited edition DVD package of “An Island” and a digital download that follows the Pay What You Can model used successfully in the past by bands such as Radiohead. You can pay what you can for the documentary and download it under CC BY-NC-SA at the website, where you can also order one of the limited edition DVD packages with a run of 5,000.

One thought on “1,200 screenings of CC-licensed documentary "An Island"”