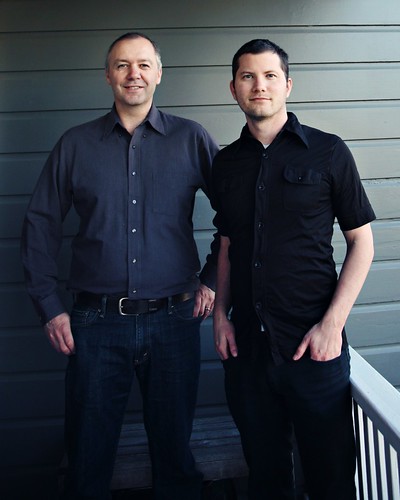 In their excellent Washington Post opinion piece, Matt Cooper and Elizabeth Wiley suggest that federally funded research should be freely accessible over the Internet. They argue that when students lose their access to academic databases after graduation, society doesn’t get the same benefits it could from that research:

Students’ library cards are a passport to the specialized knowledge found in academic journal articles — covering medicine and math, computer science and chemistry, and many other fields. These articles contain the cutting edge of our understanding and capture the genius of what has come before. In no uncertain terms, access to journals provides critical knowledge and an up-to-date education for tomorrow’s doctors, researchers and entrepreneurs.

But should that access cease at graduation? Or would you rather a graduating medical student, perhaps your future doctor, be able to keep up with the latest advances? Would you rather an ambitious graduate student feel comfortable leaving the academy to found the next Google, knowing she still has access to the latest insight in her field and is able to build upon it?

Cooper and Wiley’s organizations — the National Association of Graduate-Professional Students and the American Medical Student Association, respectively — joined Creative Commons and many other allies in support of a petition on Whitehouse.gov for free access to scientific journal articles arising from taxpayer-funded research. The petition quickly reached its goal of 25,000 signatures, sending a clear message that it’s time for the government to rethink open access policies.

Meanwhile in Britain, the Minister for Universities and Science recently commissioned a study on how the UK could adopt open access for publicly-funded research. Dame Janet Finch and her team released their findings last week, championing in particular the “gold” route to open access.

But how do the publishers themselves fit into the discussion? Some are actively exploring open access publishing models. This month, Peter Binfield and Jason Hoyt unveiled PeerJ, a new kind of peer-reviewed academic publisher. Contributors pay a $99 lifetime membership fee, and all articles are licensed CC BY. Funded by Tim O’Reilly, PeerJ has been getting a lot of attention in the mainstream press.

Coincidentally, science publishing stalwart Nature has also adopted the CC BY license, through its open access component Scientific Reports. Previously, researchers could choose whether to license their works BY-NC-SA or BY-NC-ND. Starting July 1, they’ll have the CC BY option as well. Nature’s Jason Wilde explains the decision to drop the required noncommercial stipulation:

There has been much debate about commercial reuse on open access articles […] We believe in offering our authors choice. And we now know some authors will want to choose CC BY, not least as a result of new funder mandates. Unlike Nature Communications and our other titles, Scientific Reports does not have established revenues from commercial reprints or licensing, making it an economically viable proposition.

With governments, publishers, and the public all rethinking ways to make research more freely accessible, the climate seems right for a major shift toward open access.

3 thoughts on “Support Grows for Open Access to Science Research”