A few days ago, Ryan Singel wrote a thought-provoking piece for Wired, suggesting that users pressure Facebook — and, by extension, its recent acquisition Instagram — to adopt Creative Commons licensing options. 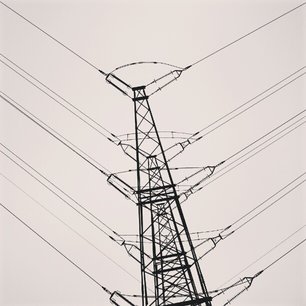 Creative Commons embodied an ethos of sharing that went beyond just show-and-tell. It’s been a vital part of sharing on the net, which has given all of us access to no-cost printing presses in the form of blogs; cheap ways to create, edit, and share videos and photos; and democratized distribution channels such as YouTube and Reddit.

Instagram is still young, so perhaps it can buck its corporate master. But it’s yet to show a commitment to doing right by users and the public, and the recent decision to prevent Twitter users from seeing Instagram photos inside Twitter makes it highly unlikely the company considers being part of a larger sharing culture a priority.

The column — along with a controversial update to Instagram’s privacy policy — has triggered a wave of discussion online. From Kurt Opsahl at EFF: 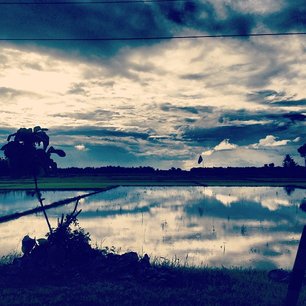 Reflection in the rice field / pinot / CC BY

Some of these problems are less pressing if the photo is intended to be public, and some users may actually want the opportunity for their photos to get wide spread fame and fortune. For those users, the better way forward is enabling users to easily license their photos with Creative Commons.

Other photo services offer revenue sharing with their users. For example, Yahoo’s Flickr not only offers the ability to mark photos with a Creative Commons license, but also has an opt-in program with Getty Images for users who want to commercialize the photos. While imperfect (Getty requires exclusive rights, and is incompatible with CC licenses), there is something to the notion of sharing the revenue with the user.

Alyson Shontell at Business Insider takes the debate a step further, with the provocative suggestion that Instagram should require its users to license their photos under CC by default:

Of course, this will enrage a lot of people. Facebook has been reprimanded for pushing privacy boundaries too far, and not all Instagram users may feel comfortable sharing their photos with the world.

But really, they already are. This just puts a legal framework around that sharing.

In all the flurry of attention, there’s one important point to keep in mind: Creative Commons licenses don’t cancel out user agreements. That is, when you upload media to Flickr or YouTube, it’s subject to the terms you agreed to when you signed up for those services, regardless of whether you license it under CC. 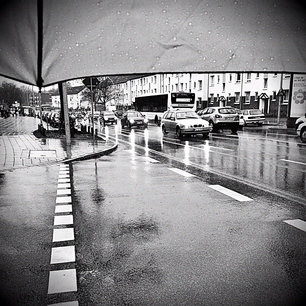 To put it a different way, when I upload a video to YouTube and license it CC BY, I’m entering two different agreements at once: one with YouTube (see 6. Your Content and Conduct) and one with any potential user via the CC license. It’s a good idea to be conscious about the agreements you’re making when you use any online service. There have even been various projects over the years to make terms of service and privacy policies as easy to read and understand as CC license deeds.

Of course, that’s not to say that there’s no value in media platforms adopting CC licensing natively. Indeed, platforms are where we’ve seen the most rapid uptake in CC adoption and the most potential for reuse. Have you ever uploaded a photo to Flickr and seen it show up on a blog post days or years later? That quick, painless reuse is only possible because Flickr makes it easy to search and sort photos by CC license. Users on other sites — including both Facebook and Instagram — sometimes add CC license info to their profiles manually. That’s better than nothing, but without a consistent, platform-wide implementation, finding those CC-licensed uploads can be very difficult.

And if the discussions over the past few days have shown anything, it’s that the demand exists for native CC implementation in Instagram. i-am-cc.org, the third-party archive of CC-licensed Instagram shots, has grown to nearly 5000 users in just a few months. A search for CC-licensed Instagram photos published on Flickr yields 167,000 results. The popularity of these solutions demonstrates that many Instagram users are willing to jump through a few hoops to share their photos under CC.

For our recent tenth anniversary celebrations, we profiled several media platforms that support CC licensing. Nearly all of the people we talked to said that user demand was a major factor in their decisions to use CC. We would be thrilled if Facebook and Instagram decided to start supporting CC licensing, but ultimately, your voice matters more than ours does.