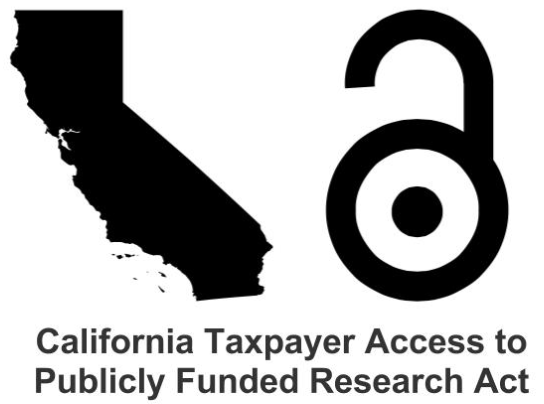 As we mentioned last week, California has introduced AB 609, the California Taxpayer Access to Publicly Funded Research Act. The bill, sponsored by Assembly Member Brian Nestande, would require that research articles funded through California tax dollars be made available online for free no later than 12 months after publication in a peer-reviewed journal. A letter from the University of California may have prompted the Assembly to modify the text of the draft bill to extend the embargo to 12 months (instead of six), and to include a provision exempting the University of California and California State University from the state agencies that must comply with the legislation, if enacted.

A group of organizations (including Creative Commons) sent a letter to Assembly Member Nestande thanking him for introducing the bill. The letter urged the Assembly to considering strengthening the proposed law by including reuse rights language, such as through the adoption of open licenses:

We encourage you to consider strengthening this legislation by including a provision to ensure that manuscripts reporting on state-funded research be made fully usable by the public. To fully unlock the value of the information contained in these digital articles, they should be made available in formats and under licensing terms that permit users to read, downloaded, search, compute on, data mine or analyze for any lawful purpose.

It also asked for the original 6 month embargo to be reinstated:

Additionally, while we would strongly prefer that these articles be made available to the public immediately upon publication, we would support the inclusion of an embargo period as originally proposed of no longer than six months.

A hearing in the Committee on Accountability and Administrative Review is scheduled for May 1 in Sacramento.

California residents can support the legislation by sending a message to representatives at the Alliance for Taxpayer Access site. More information on the bill is available on the SPARC website.