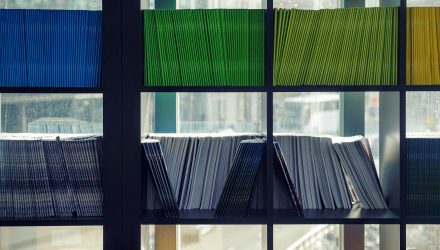 Photo by Maarten van den Heuvel on Unsplash, CC0. Last month the United Nations released a report with recommendations on how to improve innovation and access to health technologies. The panel’s charge called for it to “recommend solutions for remedying the policy incoherence between the justifiable rights of inventors, international human rights law, trade rules and … END_OF_DOCUMENT_TOKEN_TO_BE_REPLACED

Last year, the U.S. Congress included a provision in its appropriations legislation that would ensure that some research conducted through federal spending would be made accessible online, for free. It mandated that a subset of federal agencies with research budgets of at least $100 million per year would be required provide the public with free … END_OF_DOCUMENT_TOKEN_TO_BE_REPLACED

On Monday California Governor Jerry Brown signed into law AB 609–the California Taxpayer Access to Publicly Funded Research Act. The law requires that research articles created with funds from the California Department of Public Health be made publicly available in an online repository no later than 12 months after publication in a peer-reviewed journal. AB … END_OF_DOCUMENT_TOKEN_TO_BE_REPLACED

FIRST Act moving ahead in US Congress

Update: The amendment to Section 303 was adopted. Can it be salvaged to promote public access to federally funded research? In March we wrote about the introduction of the Frontiers in Innovation, Research, Science and Technology Act of 2014 (FIRST Act). The aim of the FIRST Act is to promote the dissemination of publicly funded … END_OF_DOCUMENT_TOKEN_TO_BE_REPLACED

This week the U.S. House Representatives introduced H.R. 4186, the Frontiers in Innovation, Research, Science and Technology Act of 2014 (FIRST Act). The stated goal of the proposed law — “to provide for investment in innovation through scientific research and development, [and] to improve the competitiveness of the United States — is worthy and well … END_OF_DOCUMENT_TOKEN_TO_BE_REPLACED

After passing through the Assembly Appropriations Committee last week (with bipartisan support), California’s Taxpayer Access to Publicly Funded Research Act (AB 609) will now reach the Assembly floor for a vote this week. If the proposed bill passes the Assembly, it will move to the California State Senate. To recap, AB 609 would require that … END_OF_DOCUMENT_TOKEN_TO_BE_REPLACED

This week, open access advocates in the United States and around the world are rallying around a petition that urges public access to publicly funded research. The petition is now live on Whitehouse.gov’s We the People platform: Require free access over the Internet to scientific journal articles arising from taxpayer-funded research. We believe in the … END_OF_DOCUMENT_TOKEN_TO_BE_REPLACED