Three stories from the Creative Commons music world came across our radar recently, each showcasing a different facet of how our licenses are used to expose artists, encourage collaboration, and promote commercial avenues for freely-licensed works. 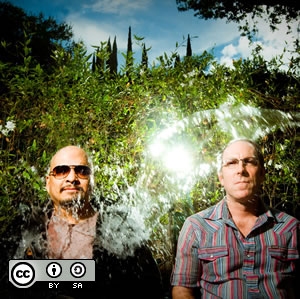 First comes news today that The Everybody, a new project from Joey Santiago and David Lovering (guitarist and drummer of the Pixies, respectively), have released their latest album Avatar with a CC-licensed twist. Available in both MP3 and lossless formats, a deluxe version of the album can be purchased ($40) that includes CC BY-SA licensed stems for each track. Beyond the legal freedoms this choice allows, The Everybody are asking for submissions of re-worked tacks to include in a forthcoming release which will be submitted the band through CC-friendly music community Soundcloud:

Once David and Joey have had a chance to check out all of the tracks they’re going to choose the best of the best of these new creations and turn them into an album called The Everybody Else and release it as a limited-edition gatefold vinyl alongside the originals in Spring 2010.

Phlow Magazine is currently running a month-long feature called The Best Creative Commons Music Moments in 2009. Every day until Christmas, a new post goes live from one of “the worlds most active Creative Commons music freaks,” featuring their favorite songs, netlabels, and albums from the open music universe. The series gives a great overview of how diverse and expansive CC-licensed music has become, unearthing a bevy of musical gems in the process. 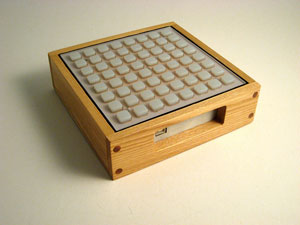 The Monome Community Remix Project is a collaborative project in which contributors create samples, upload them to a community pool, and make remixes from the community collection. In keeping with its namesake, all remixes must utilize the monome, an open-source hardware controller, as a compositional tool. The first round of the project is now complete, with a CC BY-NC-SA licensed compilation of the final remixes available for download and stream at the MCRP website. The second iteration is currently underway, although the initial deadline for contributions has passed. Thankfully, a third round is planned for January.