Since Creative Commons Russia was initiated in March of last year, our Russian Affiliates have been working to make the CC licenses compatible with Russian law. Here, we give an overview of CC progress in Russia to date, while also celebrating the recent contribution of valued wartime images to Wikimedia Commons by Russian news agency RIA Novosti as part of the “Eternal Values” Project. 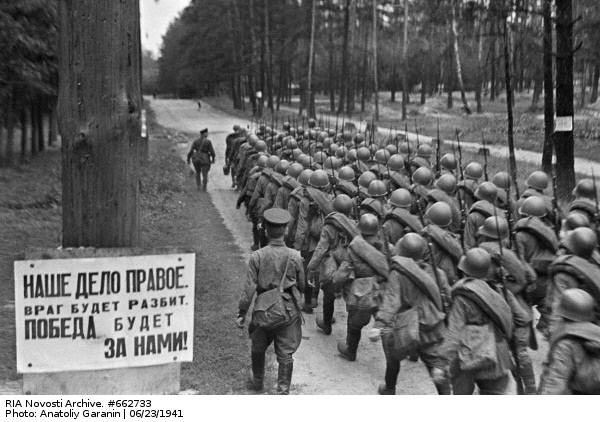 Our Affiliates in Russia believe that use of CC licenses will positively influence the socioeconomic and innovative development of the country, stimulating growth of open content as well as broadening public access to it. The proposed amendments are strongly supported by Russian President Dmitry Medvedev, who gave instructions to prepare the legislative amendments to the Civil Code late last year. Medvedev wants the existing framework to be adjusted to reflect not only the interests of copyright owners, but also the needs of the users.

It is important to note, however, that the matter is less complicated for Russian creators who want to share their works with the rest of the world. Syb Groeneveld, a past CC volunteer in Russia notes, “Every CC license is intended to be effective on a worldwide basis, whether “ported” to a specific jurisdiction or not… CC’s Unported licenses were created using standard terms from the Berne Convention for the Protection of Literary and Artistic Works and other international treaties related to copyright and intellectual property… If you are the author and the copyright holder of a specific work, it is safe to publish something under the unported CC license. In fact, this is what many Russian musicians like Timur Izhbulatov and Melnar Tilromen are already doing at websites like www.Jamendo.com.”

The foremost example of a Russian creator sharing his works is perhaps the Russian President himself; his presidential website, www.kremlin.ru, is licensed under the CC Attribution 3.0 Unported license in an official letter to Wikipedia.

One thought on “Support for Creative Commons grows in Russia”