This post was written by Alek Tarkowski and originally posted on the European OER Policy Project site.

A week ago, the European Commission launched the “Opening Up Education” initiative, a proposal for modernizing the European educational system. The proposal contains a strong “open” component. We’re using this opportunity to strengthen open educational policies in Europe, and we started our project with a workshop in mid-September. Below you can learn about the outcomes of our workshop, including an overview of the OER landscape in Europe, concept for a policy brief, and ideas for policy-related activities. 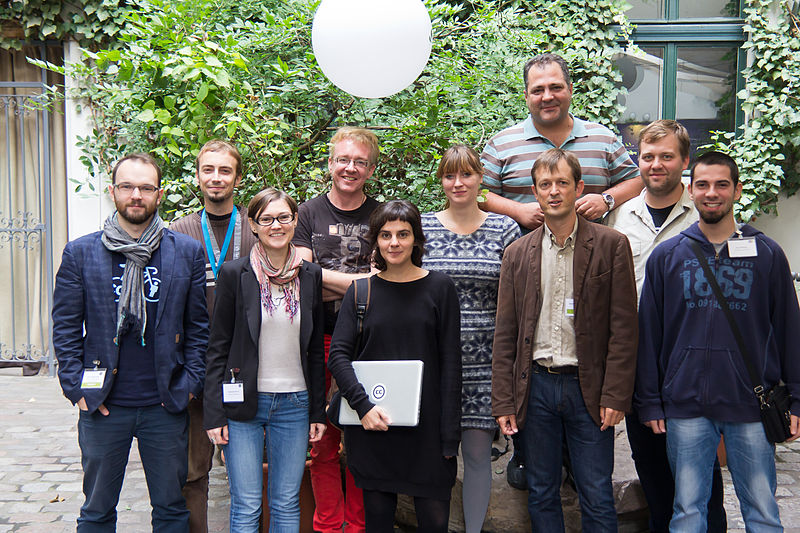 State of open education in Europe

We started with a session presenting the state of OER developments in EU countries, focusing particularly on public policies for open education. The session gave a good overview of the range of approaches to increasing adoption of OER: public e-textbook programs running in Poland and Macedonia; OER repositories such as Belgian Klascement, Dutch Wikiwijs, and Norwegian NDLA; “1 on 1” computer in school schemes used as entry channels for open content in Portugal or Macedonia; bottom-up hubs for open education communities such as German ZUM Wiki and the OER Champions project initiated in Macedonia.

We discussed the broader context for such initiatives, including national educational strategies and the specific shape of legal regulations–in particular copyright exceptions and limitations for educational use. In general, while there are very few functioning national-level policies supporting open education, there are multiple OER projects being implemented with public funding. Some are directly branded as “open education” projects, while others apply this philosophy without naming it that way.

Similarly, there are multiple initiatives at the European level, often funded by the European Union, that fit within the scope of the new initiative. The Open Education Europa portal has been developed on the basis of a previous e-learning portal. At the same time, projects that deal with ICTs in schools, e-learning, or quality of education are not necessarily aligned with OER issues. This means there might still be low awareness among key potential stakeholders. At the same time, there remains a great potential for gaining ICT allies in support of open education policy.

We spent part of the workshop discussing the concept of CC’s policy brief for open education in Europe. The basic policy position, achieved through a quick consensus among participants, can be summed up very easily: A free license like CC BY or CC BY-SA + (open formats, WCAG accessibility standards and metadata) should be adopted for all publicly funded educational content. (In other words, of all the varied definitions, the Hewlett Foundation OER definition is our definition of choice – and we’re happy that the new Open Education Europa portal sets a high standard by adopting CC BY as a default).

So while the basic policy rule is simple, the challenge lies in providing the best arguments for its widespread adoption. The workshop participants discussed essential elements of a successful policy brief. These should include:

Finally, a challenge that any European educational policy faces is the limited scope in which the EU deals with educational issues, which are largely left in the hands of national governments and schooling systems. Other than a new Directive (which would be binding for EU member states, but also difficult to introduce), the EU could introduce an open education policy model to apply to its own funding of educational content. It could also work with national governments by promoting good examples and following best practices and standards. A policy brief needs to address the interdependence of EU- and national-level governmental bodies.

Policy matters are often difficult to understand beyond a narrow circle of policymakers, experts and stakeholders. During the workshops we discussed ways of making them easier to understand. We focused on three projects, two of which we’d like to work on in the coming months.

Teresa Nobre presented the concept of a study of European exceptions and limitations for education. These are rules defined in national copyright laws that allow for legal use of copyrighted content without permission under certain conditions for educational purposes. These vary greatly between countries and between K-12 and higher education. This “balkanization” of law is one of the reasons that open education, based of course on open licensing, is such an important policy alternative. We were initially considering conducting the necessary legal comparison, but we found out during the workshop that this has already been done by Prof. Raquel Xalabarder of Universitat Oberta de Catalunya (see the WIPO-commissioned analysis). Therefore, our work will build on this analysis and in particular “translate” it into an explanation that will apply to practical issues faced by educators in order to demonstrate the real-life application of policy decisions.

Kamil Śliwowski talked about a mythbusting approach, focusing on finding counter arguments for current criticisms of open education. Kamil described experiences we’ve had in Poland debating commercial educational publishers, who have been vocal critics of open education policy. These publishers often recite arguments against OER that are not based on evidence–hence, “myths”. The mythbusting approach began last year with a presentation at the UNESCO OER Congress in Paris, and continued with a workshop at the CC Summit in Buenos Aires. As part of this project, Kamil will organize in early 2014 a sprint-type workshop during which we’ll produce an OER mythbusting publication.

Bardhyl Jashari presented the idea of open education champions, which his organization, Foundation Metamorphosis, has been implementing in Macedonia. According to Bardhyl, leaders are crucial in promoting open education policy, since these issues are often difficult to understand for many on-the-ground educators. Empowering education champions to explain these topics makes the policies easier to understand. We agreed that it is a great idea, and in line with the recently appointed European “Digital Champions.” But these education champions will be difficult to implement without the Commission’s support.

We are now starting work on our policy brief and related analyses and documents, and we’ll focus on developing these over the next few months. For early 2014, we are planning several events, culminating during Open Education Week in March.

We’re all the time looking for partners, collaborators and allies. if you care about open educational policy and want to help, please get in touch.

3 thoughts on “Reflections on our OER policy workshop in Berlin”