Esther Wojcicki has been teaching Journalism and English at Palo Alto High School, Palo Alto, California for the past 25 years, where she has been the driving force behind the development of its award-winning journalism program. It is now the largest high school journalism program in the U.S involving 400 students. All the publications can be found at http://voice.paly.net which is the school publication website. In the spring of 2008, she was recognized for inspiration and excellence in scholastic journalism advising by the National Scholastic Press Association. She has won multiple awards throughout the years. A couple of others included the 1990 Northern California Journalism teacher of the year in 1990 and California State Teacher Credentialing Commission Teacher of the Year in 2002. In 2009, she was awarded the Gold Key Award by Columbia University Scholastic Press for outstanding contributions to student journalism. She served on the University of California Office of the President Curriculum Committee where she helped revise the beginning and advanced journalism curriculum for the state of California. In 2005–6 she worked as the Google educational consultant and helped design the Google Teacher Outreach program, which includes the website www.google.com/educators and the Google Teacher Academy. She holds a B.A. degree from UC Berkeley in English and Political Science, a general secondary teaching credential from UC Berkeley, a graduate degree from the Graduate School of Journalism at Berkeley, an advanced degree in French and French History from the Sorbonne, Paris, a Secondary School Administrative Credential from San Jose State University, and a M.A. in Educational Technology from San Jose State University. She has also worked as a professional journalist for multiple publications and now blogs regularly for Huffington Post and HotChalk. 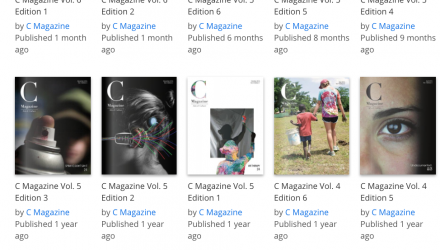 Support the kind of journalism we need today