At the beginning of this year we announced a revised approach to our education plans, focusing our activities to support of the Open Educational Resources (OER) movement. In order to do so we have worked hard to increase the amount of information available on our own site – in addition to an Education landing page and the OER portal explaining Creative Commons’ role as legal and technical infrastructure supporting OER, we have been conducting a series of interviews to help clarify some of the challenges and opportunities of OER in today’s education landscape.

One major venue for the advancement of OER is through policy change at the local, state, federal, and international levels. Patrick McAndrew is Associate Director (Learning & Teaching) at The Open University’s (OU) Institute of Educational Technology, Co-director of OLnet, the OER Initiative with Carnegie Mellon University, and affiliated with OpenLearn, OU’s OER portal. We talked with Patrick about OER research, the use of open social tools for collaboration around OER, and the role of CC as a flexible yet straightforward mechanism for communicating rights.

How did you come to be involved with open education projects? How do the initiatives you work on fit together?

I joined the Open University just over 10 years ago coming into the Institute of Educational Technology. The Open University has just celebrated its 40th anniversary and a key part of the University’s approach has always been to innovate in the way we think about helping people learn. In the past these innovations have been in the use of media such as broadcast television and methods to support distance learning; now they often focus on the online connections that can be made. The definition of openness has changed from one which focussed on low barriers to student entry, such as no need for prior qualifications, to allowing much more flexible study and free access. In 2005 we started working with the William and Flora Hewlett Foundation to see if we could release some of our own content, openly and for free. This became OpenLearn, launched in October 2006. Within OpenLearn, not only is open content made available, but it also uses an open learning environment that allows others to contribute. As part of OpenLearn I led a research strand looking at the various impacts OER were having on Open University activities and on users. That research focus has resonated with reflections across the wider OER movement as it matures so that, with Carnegie Mellon University, we are now supported as OLnet by the Hewlett Foundation to gather research findings and evidence across global activity in OER. 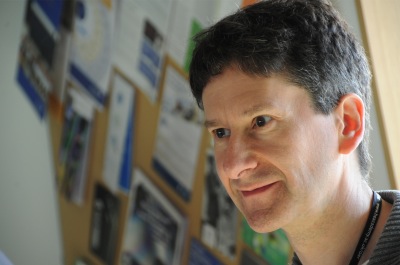 Part of what the OLnet project aims to do is establish an evidence base and research framework for the emerging OER field. What are the most valuable research questions to investigate?

We set out in the OLnet proposal issues of design, reach, and the cycle that brings open content into use for learning. These remain key elements, but we have also gone through a process of reflecting on our findings from year one and seeing how the environment has changed. We have expanded the focus areas to policy, design, approaches to learning, the impact of content, and the tools that help support research. Candace Thille (co-director of OLnet) made a very useful observation that we were watching OER move from an end it itself to being a means to an end. The potential impact of openness is significant, so we are paying more attention to the way it can act as a change engine and influence individuals, institutions, and policy. Many of our questions can be phrased in two parts, first as “What is the evidence … ?”, such as “What is the evidence that OER can help learning systems change?” The second element is “What conclusions can we draw about …?” This can challenge us as researchers where it is natural to find balancing arguments, but is an important part of helping the future direction for OER. Overlying this is the idea of different contexts, an aspect that OLnet is in a good position to contribute to through its international OLnet Fellows.

The Open University and OLnet develop and champion the use of open social networking and knowledge sharing tools such as Cloudworks and Cohere. What do these open source tools do, and who is the intended audience? How do they support teaching and learning via OER?

For OLnet these tools have come to the fore in helping us carry out and reflect on research in OER. In Cloudworks we have an open social platform that provides a base for discussion, asking questions and supporting events. It has been very effective in giving more impact to what are otherwise local and often transient events. It was developed at The Open University but can be used by anyone, with OLnet’s own use being just one strand. Cohere is a Web tool to enhance collaborative learning, sense-making and critical thinking. Cohere helps reasoning and is designed to help us cope with the challenge I mentioned above of drawing some conclusions while also knowing that there are arguments for and against. Cohere allows these situations to be visualised and explored in a collaborative way. In its current state of development, I think it is a tool for researchers, but its usability and the models for its use are developing rapidly. Similar to a previous knowledge mapping tool, Compendium, Cohere could well find a role for learners, especially in presenting arguments. Compendium was released as part of OpenLearn and is now used informally by learners to build connections and also in a simplified version by learners on some of The Open University’s own courses.

How do you see the role of Creative Commons within the OER movement? How can CC help?

Creative Commons has helped enormously. At the simplest level in OpenLearn we had originally put aside £100,000 for legal fees in writing a viable licence, none of that was needed as we adopted CC. Having a licence that is accepted across the world matters very much in the education system as people are trying to do the right thing, which can mean a reluctance to use free systems unless they are also clearly open systems. CC makes it easy to be clear. The CC licence also gave us a good way to work with our third party providers – we did not want to just strip out that content, but they also did not want to enable anyone to build a free rival to their content. This was a case where the varied licences of CC helped, in particular the non-commercial clause. Challenges do remain about compatibility though; at one stage it looked like incorporating a variety of licenses would get in the way, but guidance about compatibility and a layer of commonsense is helping. CC assists by tracking the take up in education and has also set up a good area for sharing information about the use of CC in education. OLnet was looking at how to attract such a community, and the presence and impact of CC achieved that for us.

OpenLearn’s 2008 research report highlighted a thesis of OER scholar and advocate David Wiley–“the sustainability of OpenLearn will be achieved by making OER part of the normal fabric of the University’s business, whether that is around teaching and learning, research and/or business and community engagement activities.” How does OpenLearn see its role in relation to the broader Open University?

OpenLearn is being sustained and is continuing now without direct external funding as we increasingly embed and integrate it into the University’s way of operating. OpenLearn itself now comprises three related sites, while we also use other channels such as YouTube and specialist sites for very specific OER work. As such OpenLearn has a broader scope around all open media work that encompasses other outward looking activities such as reflecting the research of the University, the links that we have with broadcast television and the very successful use of iTunesU (where incidentally The Open University now has more downloads than any other university). OpenLearn’s role through Explore and LearningSpace is primarily as a route to Open University outputs and continues to support the communities around it. But it has another important role as a catalyst for activity involving others. OpenLearn has also been the spark for a range of other major grant funded activities, notably OLnet, SCORE (Support Centre for Open Resources in Education), OPAL (Open Education Quality Initiative), SocialLearn, as well as many other smaller projects linking to OpenLearn’s LabSpace.

Wrapping up, what does a successful teaching and learning environment implementing the power of OER “look like”? Do you have any lingering thoughts — worries, hopes, predictions?

The power of OER lies in its openness; this gives it great flexibility so that material that we might release in the Moodle based OpenLearn environment can be used on WordPress or Slideshare or YouTube or whatever. What we do at the moment certainly is helping people–oftentimes some of the most disadvantaged–learn. However, there is a larger opportunity to build an environment that helps to track what people are trying to accomplish in their learning, assist them to link up with others, and share the evidence of their learning. Some of this is being looked at in a companion project, SocialLearn, for use inside The Open University. But again, in an open world we should not be expecting only one solution.

One possible worry is that education will close down around its existing models. However, the world has changed in that there is no controlling interest that can stop open content having an impact in some form. The hope is that the flexibility gained from openness will assist so many projects, as it has with the Teacher Education in Sub-Saharan Africa (TESSA), by adopting an “everything in the middle” philosophy to sharing that helps address real needs for education. These sorts of predictions are always difficult. I suppose a fairly safe one is that the Internet will become a stronger base for learning without costs, and that a sense of achievement and advancement can grow alongside a sense of distraction!