Paul Keller is vice-chair of Kennisland, an Amsterdam-based think-tank focused on innovation in the knowledge economy. Paul is public project lead for Creative Commons Netherlands and a leading expert on open licensing systems in the cultural heritage sector. From 2009 to 2013, Paul has been Creative Commons’ Collecting Societies Liaison. In this role, he has been instrumental in negotiating pioneering cooperations between Creative Commons and various collective rights management organisations. Paul also serves as a board member for Dutch Culture that aims to strengthen the Dutch arts, culture and heritage sector by promoting international collaboration. 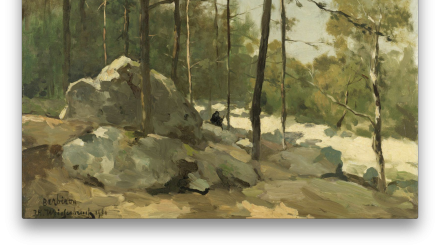 What if every time you opened up a new tab you could spice up your day with an artwork selected from the collection of Europeana? Thanks to a new chrome browser plugin developed by Creative Commons Netherlands affiliate Kennisland you can.

This post originally appears on the Communia Association blog. Creative Commons is a founding member and active participant in Communia. Last week Thursday the European Commission launched its much anticipated public consultation on the review of the EU copyright rules. This consultation is the first visible sign of the second track of the Commission’s attempt … END_OF_DOCUMENT_TOKEN_TO_BE_REPLACED

Today the JURI (legal affairs) committee of the European Parliament approved the compromise text of the proposed directive on collective rights management in the EU (478 KB PDF, passages in bold are changes from the original proposal). The main objective of the directive is to facilitate the licensing of music throughout Europe (which is currently … END_OF_DOCUMENT_TOKEN_TO_BE_REPLACED

A new pilot project between Creative Commons, Creative Commons’ legal affiliate in France, and the French collecting society SACEM allows SACEM members to license their works under one of the three non-commercial CC 3.0 licenses. Previously, authors and composers of musical works represented by SACEM (the biggest French collecting society) were prevented from using any … END_OF_DOCUMENT_TOKEN_TO_BE_REPLACED